The thought of being confronted by an intruder in your home can be frightening. Most people are tempted to fight, while some even keep weapons in the house to defend themselves during such situations. However, fighting or causing injury to an intruder can have legal implications, including facing criminal charges. You do not have the right to automatically fight a stranger just because they are have trespassed into your property. Read on for some useful insights on what you should and should not do if a stranger breaks into your home.

What should you do during a break-in?

If a stranger breaks in while you are home, you should retreat and call the police. If possible, avoid confronting the intruder as this may result in a physical fight or the use of weapons which may injure either or both parties. You can retreat to a safe room in the house until the police arrive to avoid any form of engagement with the intruder. If you use a weapon on the individual and injure them, they can file for assault and even present a concrete case in court. Penalties for such an offence vary based on several factors, but you could end up paying for damages or even facing imprisonment.

What if the intruder tries to attack?

There are instances where the person breaking into the home may be armed. This usually occurs in cases where the person intends to steal or cause physical harm to the occupants of the home. If the intruder is armed and tries to attack you during the break-in, you may have to use defensive force to protect yourself. However, it will be up to the court to determine whether you acted in self-defence based on the evidence that will be presented.

If a self-defence case, you will be required to prove that the use of a weapon or force that led to the injury of the intruder was based on reasonable grounds. However, if the court finds you guilty of assault, the judge will charge you accordingly.

What can you do to avoid break-ins?

The best way to prevent instances of break-ins is by beefing up the security in your home. Install a sturdy gate, security lights, motion sensors, and if possible, a surveillance system. Also, establish a good relationship with your neighbours as they can come to your aid or even help call the police during a home invasion.

Contact criminal lawyers for legal insights and representation if you are faced with assault charges after a home invasion. 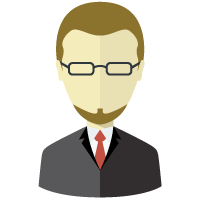 Hello, my name is Zac and I live with my wife and two kids in Brisbane, Australia. For many years, my entire knowledge of the Australian legal system came from watching cop shows on TV. It was only when I was accused of a violent crime which I did not commit that I realised how little I actually knew about the legal system. I contacted a criminal lawyer who spent many hours explaining the law and my rights in court and I stayed up all night reading legal textbooks. All of this paid off and I was cleared of all charges. I decided to start this blog to help others who want to find out more about the legal system